‍Travis Herberger is a Texas-born, urban painter. His watercolors are based on his surroundings – the Gulf Coast of Texas. He also loves painting busy urban settings because he can use a lot of colors and paint things that make for an interesting or chaotic environment. Although he often moves things around to create compositional balance in his paintings, Travis typically doesn’t eliminate elements to make them look pretty – instead, they capture various aspects at once like people and places alike! To Herberger, painting, and drawing go hand in hand as both processes offer him insight into what is going on around him; sketching out ideas while working from photos creates new works which allow us to see through their lens too! 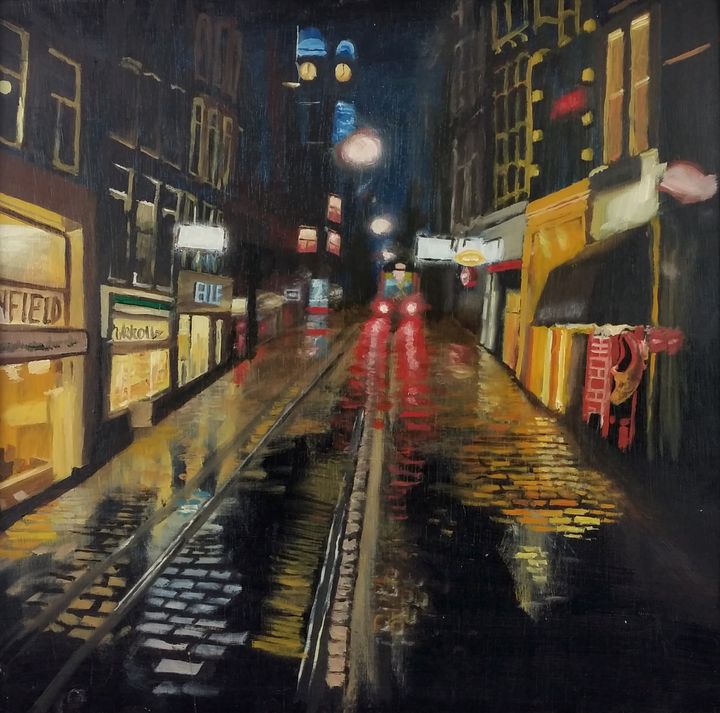 What does Travis Herberger enjoy most about Urban Painting?

For Travis Herberger, painting and drawing go hand in hand. He loves the process of sketching on location for his paintings as well as works from photographs – it’s a way to capture the moment and see things through his lens. For the past 5 years, he has also been part of a local painter group that meets weekly to draw live models. This group allows him to share his art with other artists and get feedback from them directly. He also loves that he can learn from each new location and create a new series of paintings. He’s also interested in how urban life changes and evolves, which he tries to show in his work. It’s also an interesting challenge to portray the chaos and organization of cities, as well as the relationships between people and their surroundings.

How does Travis Herberger choose the location for his paintings?

For his urban paintings, Travis Herberger often chooses a location that is close to home because he can walk to it and find things that he can include in his paintings. He uses Google Street View to get an idea of what the location looks like so he doesn’t end up going to the wrong place. He also uses Google Images to find photos of the location he’s interested in painting. When he goes to the location, he walks around taking photos of interesting buildings and landmarks, as well as the streets. He often sketches the buildings and people as he walks around, which helps him to remember what he sees when he gets back home. He also carries a small sketchbook with him so he can sketch while he walks and while he’s waiting in line.

What materials does Travis Herberger use?

Watercolors are the primary medium that Travis Herberger paints with. He prefers the wash-through method of painting with watercolors, which allows for great layering of colors and for painting with lots of detail. He also includes pencils and charcoal for shading, as well as colored pencils for adding additional, more specific details. He tries to include all these elements in the paintings to make them as realistic as possible. When choosing colors for his urban paintings, he tries to reflect the chaos of the location and the uniqueness of its people and culture. For example, he might choose to paint a building in a location that he’s painted before to reflect the organization of that place, but he might paint it with bright colors that also reflect the people there.

How long does it take for Travis Herberger to create a painting?

Travis Herberger spends anywhere from 2 to 4 hours on each painting, depending on the size and complexity of the subject.

He also works on his paintings when he is traveling because that is often when he can most easily find locations that reflect the chaos of modern cities. He works best when he is able to draw from real life and from photos, so he doesn’t have many sketches in photoshop.