It’s not every day you get to see a cityscape. It seems like a character or motif that pops up only in paintings, or on the postcard, you received in the mail. But it’s not just an art motif: the cityscape is a key theme in art, especially modern art.

In Travis Herberger’s new art show, Searching for the Cityscape, many of these themes are explored through the medium of painting.

The artist’s paintings of dive into a world of technology, people, and architecture, exploring their constant intersections. 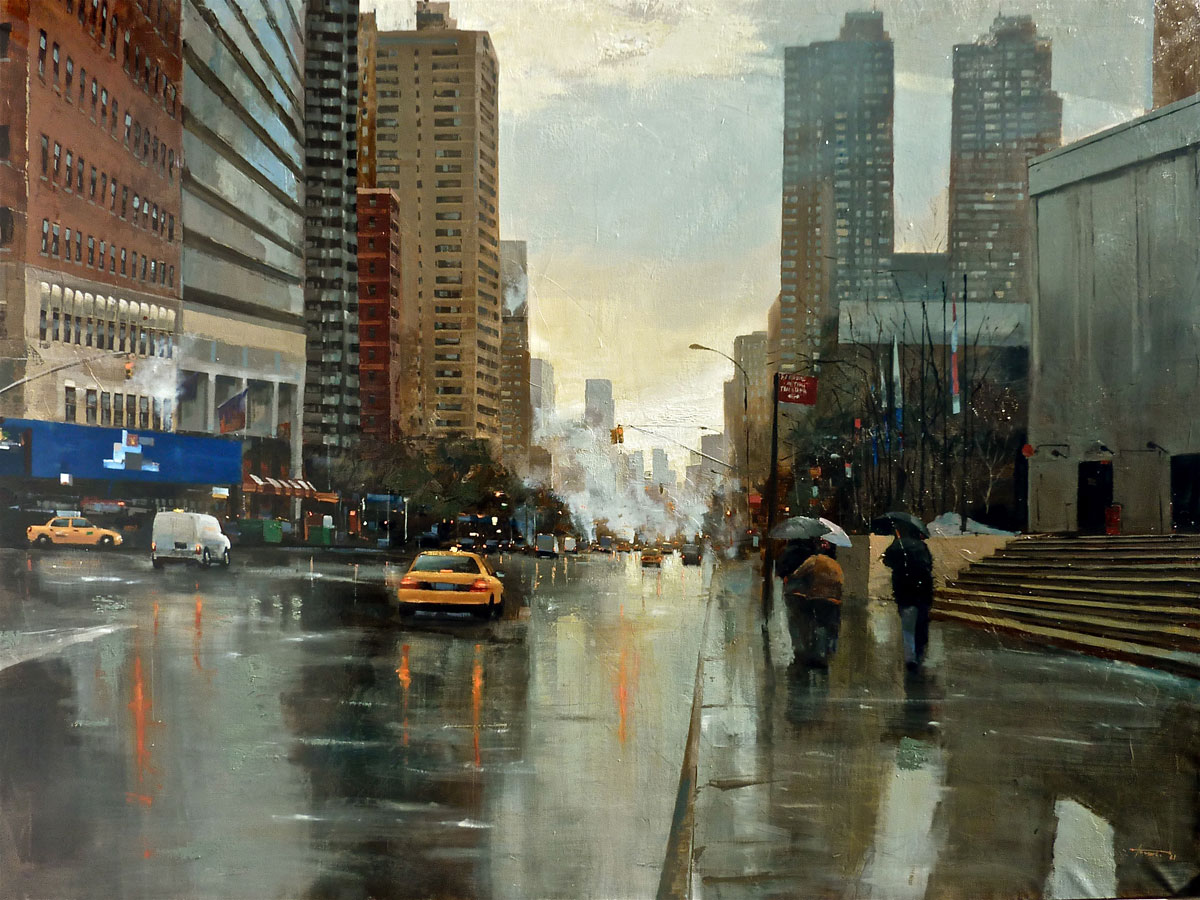 What is the importance of finding beauty in the city?

Travis Herberger: “There are many conflicting ideas about what beauty really is, but the cityscape is one place where we can find beauty and simplicity in the approachless chaos of the world around us. In this sense, a cityscape is a place where the beauty of nature is amplified, through the clarity and immensity of the space.

What is the process of creating a new painting like?

Travis Herberger: “I start by sketching ideas, roughing out ideas on paper, and laying out various layers of color. I’ll often start by sketching an idea of a scene somewhere in the city, and then blend that sketch into a more abstract idea. While I’m working on the painting itself, I’ll often photograph the scene and study the photo to see where the idea is already coming from.

What are some of Travis Herberger’s favorite subjects to paint?

I also love painting landscapes, and I try to do one landscape painting per year.

What does the cityscape mean to you?

The Cityscape is an exploration of the nature of the city, and the way the two elements relate to each other. The Cityscape shows how the city changes and grows, and how the people in the city are changing and growing”.

Art is more than just a hobby for Travis Herberger. He uses art as a way to express himself and connect with others.

“Working as an artist requires discipline, creativity, and a lot of patience. It’s also impossible to complete a project without any help, so I encourage people to get involved with your local creative community,” says the talented artist.

The experience of making art can be as simple or as complicated as you make it. With so many different ways to enjoy art, Travis Herberger hopes that you can find a way that works for you.